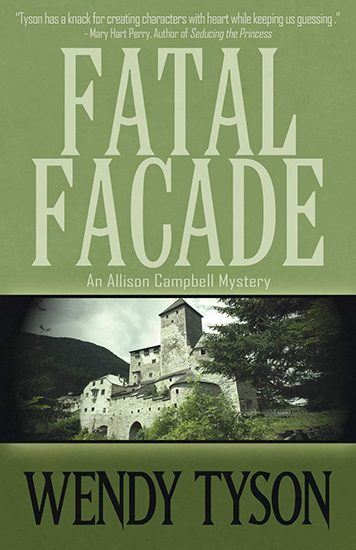 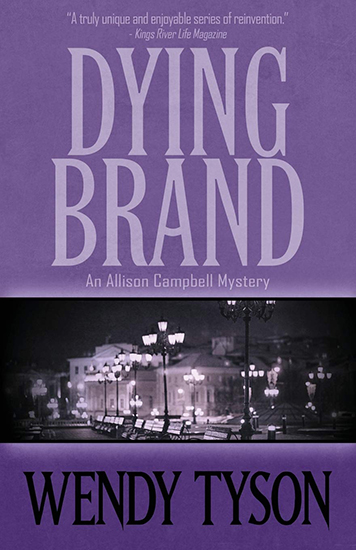 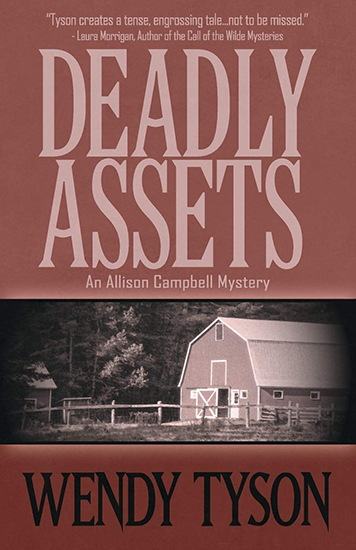 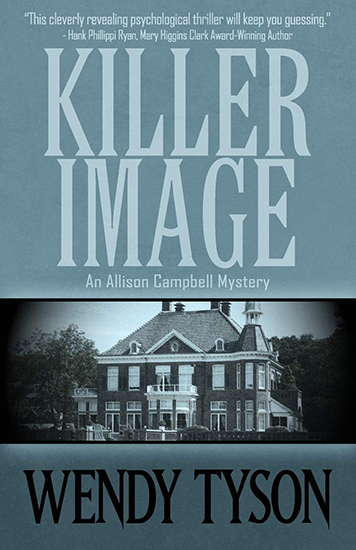 Allison Campbell accepted a dream assignment: a visit to the Italian Dolomites to help Hollywood socialite Elle Rose reinvent herself. A guest cottage on the grounds of Elle’s historic castle promises to be a much-needed respite from Allison’s harried life on the Philadelphia Main Line, and the picturesque region, with its sharp peaks, rolling pastures, and medieval churches, is the perfect spot from which to plan her upcoming wedding.

Only this idyllic retreat is anything but peaceful. There are the other visitors—an entourage of back-biting expats and Hollywood VIPs. There’s Elle’s famous rock star father, now a shadowy recluse hovering behind the castle’s closed doors. And then there’s Elle’s erratic behavior. Nothing is as it seems. After a guest plummets to her death from a cliff on the castle grounds, Allison’s trip of a lifetime turns nightmarish—but before she can journey home, Allison must catch a killer.

“This is a truly unique and enjoyable series of reinvention and, oddly enough, acceptance.”
—Kings River Life Magazine

When image consultant Allison Campbell attends an award ceremony to honor a designer friend, she’s thrust into a murder investigation. Only this time, it’s personal. A former boyfriend is dead, slain on the streets of Philadelphia. His widow claims he was meeting with Allison, yet Allison hadn’t spoken to him in years. Nothing about his death—or life—makes sense. When compromising photos from their past arrive at Allison’s office, they raise more questions than they answer.

Driven to find justice, Allison deconstructs the image her ex had created for himself, looking for clues about the man he’d become. As her hunt for the truth unveils secrets, Allison’s past and present collide—with deadly results.

“This is a truly unique and enjoyable series of reinvention and, oddly enough, acceptance.”
—Kings River Life Magazine
“This fast-paced, adrenaline-fueled and action-packed drama immediately pulled me in, never letting go until the last sentence was read… can’t wait to read the next book in this terrific series.”
—Dru’s Book Musings

“Engaging, intelligent, and riveting, Dying Brand kept me on the edge of my seat—guessing until the end. Bravo!”
—Mollie Cox Bryan, author of the Agatha-nominated Cumberland Creek Series

“Fans of Wendy Tyson’s ingenious mystery series will gobble up this newest addition. Dying Brand delivers a complex puzzle mystery with a colorful cast and plenty of twists.”
—Carla Norton, Bestselling Author of The Edge of Normal

An eccentric Italian heiress from the Finger Lakes. An eighteen-year-old pop star from Scranton, Pennsylvania. Allison Campbell’s latest clients seem worlds apart in every respect, except one: Both women disappear on the same day. And Allison’s colleague Vaughn is the last to have seen each.

Allison’s search for a connection uncovers an intricate web of family secrets, corporate transgressions and an age-old rivalry that crosses continents. The closer Allison gets to the truth, the deadlier her quest becomes. All paths lead back to a sinister Finger Lakes estate and the suicide of a woman thirty years earlier. Allison soon realizes the lives of her clients and the safety of those closest to her aren’t the only things at stake.

“The book is well-crafted and hard to put down…The descriptions are beautiful, I found myself re-reading certain passages, often, just savoring the setting and closing my eyes to envision the scene… Take a trip to the bookstore and pick this one up. You won’t regret it.”
—The Big Thrill, International Thriller Writers

“Tyson delivers again with the clever, savvy, and charming Allison Campbell. With a cast of phenomenal characters, dark family secrets, and witty writing, Deadly Assets is sure to please mystery-lovers.”
—Fresh Fiction

“A mystery is only as good as its characters, and Deadly Assets is filled with vivid people who will keep readers turning the pages to find out what happens to them…”
—Sandra Parshall, Agatha Award-winning author of the Rachel Goddard Mysteries

“The mystery is firm and well-explained, and great fun to follow. I will be following Allison Campbell and her cohorts with a great deal of interest in all the books to come. There had better be a lot more”
—Stephanie Jaye Evans, Author of the Sugar Land Mystery Series

As Philadelphia’s premier image consultant, Allison Campbell helps others reinvent themselves, but her most successful transformation was her own after a scandal nearly ruined her. Now she moves in a world of powerful executives, wealthy, eccentric ex-wives and twisted ethics.

When Allison’s latest Main Line client, the fifteen-year-old Goth daughter of a White House hopeful, is accused of the ritualistic murder of a local divorce attorney, Allison fights to prove her client’s innocence when no one else will. But unraveling the truth brings specters from her own past. And in a place where image is everything, the ability to distinguish what’s real from the facade may be the only thing that keeps Allison alive.

“This cleverly revealing psychological thriller will keep you guessing…as the smart and savvy Allison Campbell (love her!) delves into the deadly motives, twisted emotions and secret intrigues of Philadelphia’s Main Line.”
—Hank Phillippi Ryan, Mary Higgins Clark Award-winning author of Trust Me
“An edgy page-turner that pulls the reader into a world where image is everything and murder is all about image. Great start to a new series.”
—Erika Chase, author of The Ashton Corners Book Club Mysteries

“Nancy Drew gets a fierce makeover in Wendy Tyson’s daringly dark, yet ever fashion-conscious mystery series, beginning with Killer Image. Tyson imbues her characters with emotional depth amidst wit, ever maintaining the pulse rate.”
—Deborah Cloyed, Author of What Tears Us Apart

“This is hands down, the best mystery I have read so far this year. If you are fans of writers like Sara Paretsky, Patricia Cornwall or Sue Grafton, you are going to love new author Wendy Tyson. I can’t wait for her next book.”
—Rantin’ Ravin’ and Reading
“An intriguing psychological thriller. The book reminded me of Jonathan Kellerman’s Alex Delaware series…I loved the book, it’s dark and hopeful at the same time. Five stars out of five.”
—Examiner.com